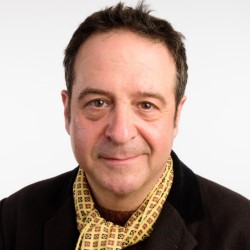 The UK's most effective and best-known political performer has won awards for both stage performances and his human rights work. A one-time Guinness World Record holder for the most demonstrations in one day, he has written and presented six series of The Mark Thomas Comedy Product for Channel 4 and five series of Radio 4's The Manifesto. The author of five books on subjects as diverse as the arms trade, Coca-Cola and the Israeli Wall in the West Bank, his work has changed the law, kyboshed politicians' careers and has been performed across the world.