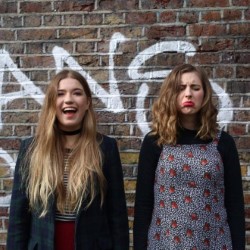 Heather Shaw and Olga Koch present a high-octane hour of one-liners, personal anecdotes and, most importantly, good vibes! Many people like to party but only the chosen few really know how. Heather is Yellow Comedy's New Comedian of the Year 2016 and Olga was a finalist in Leicester Square New Comedian of the Year 2016; they were also heard on BBC Radio, which they are quite pleased about.