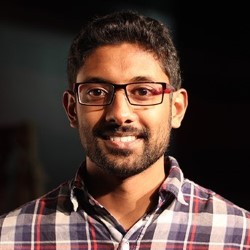 This promising young comic begins by getting the crowd to pronounce his name properly, and proves a smooth and surprisingly commanding presence given his youth. Stories are related at a decent pace, and there are plenty of laughs to be had. He is clearly one to watch.