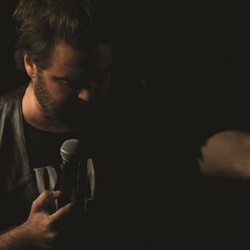 Glenn Wool (As heard on Freestyle with Frankie Boyle, as seen on Doug Stanhope and Friends on Seeso) returns with a hysterical new show chronicling his past two years, which is interesting because... well, just come to the show. He'll tell you then. I mean, if you've read this far, just Google him and see if it's your kind of thing (I can't believe we still have to tell people about Google in this day and age, but there you go. I blame Trump.). 'A masterpiece of comedy' ***** (Scotsman).

A well thought out show from a veteran of the festival. Wool has some particularly interesting things to talk about this year, thanks to some big changes in his living arrangements since his last show. There's lots of laughs to be had... there's even one before he's stepped on stage, if you're paying attention.