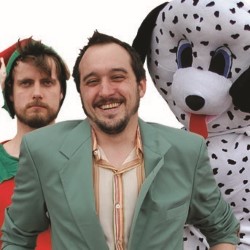 They're back! Why? Money. After a failed BBC pilot and numerous non-appearances on TV and radio, Phil's resurrected the Edinburgh award-winning (Panel Prize still counts) cult hit Funz and Gamez in a last ditched attempt to get on TV. Join Bonzo, Jim the Elf, and Uncle Mick in a brand-new format that Phil's created, called a comedy panel show. Still full of funz, gamez and prizez for the kidz. 'The antihero of kids' shows' (Times). 'Delighting both children and (on a rather different level) adults alike' (Telegraph).