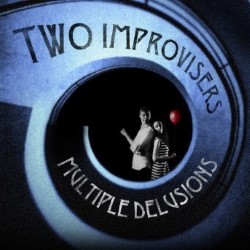 Folie à Deux returns! Two of the stars of Fringe smash-hit Austentatious, Andrew Hunter Murray (No Such Thing As A Fish, No Such Thing As The News) and Charlotte Gittins (Grand Theft Impro) present an hour of smart, stupid, hilarious, high-wire improvised comedy based on a single word. Fresh from touring to Europe, this is a delightful, unmissable improvised treat. 'Leave the audience in stitches with little more than a few words... a stand out act' **** (EdFestMag.com). 'Improv at its best, like you've never seen it before, and never will again' ***** (BroadwayBaby.com).