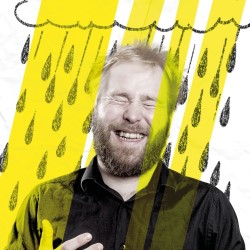 The worldwide smash-hit is back in Edinburgh for one week only. You're seven years old. Mum's in hospital. Dad says she's 'done something stupid'. She finds it hard to be happy. You make a list of everything brilliant about the world. Everything worth living for. One: ice cream. Two: water fights. Three: staying up past your bedtime and being allowed to watch TV. Four: the colour yellow. Five: things with stripes. Six: rollercoasters. Seven: people falling over. A play about depression and the lengths we go to for those we love. Based on true and untrue stories.