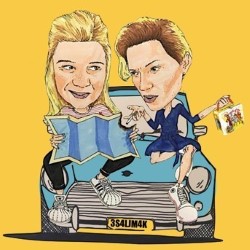 Polly and Eve are driving around the UK with their best mate Dylan in a Wizard of Oz lunchbox. At his funeral, they are handed the box along with posthumous instructions to take him on the trip he never got to go on. Set to witty Sondheim-esque narration from the onstage band The Party in the Sky, this is a story about grief, love and facing up to both. 'Quickfire, zinger-filled scripting' **** (Scotsman). 'Hilarious... Laughs at every turn' **** (Sunday Times).