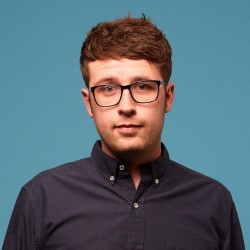 Chris has always kept his dreams in check; in 2005 he saw a shooting star and wished for Brookside to be recommissioned. However, small dreams should never be confused with a lack of ambition, because things are shaping up quite nicely for the lad who cried genuine tears of joy when his girlfriend won a Dyson. 'A comic with full potential and a bright future' (ArtsAwardVoice.com). Re:Play Breakthrough Comedian of the Year. Magners New Comedy Act nominee. Jason Manford tour support.