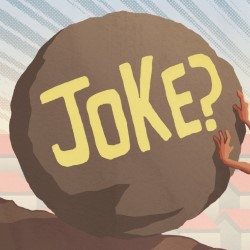 Variety performed on the following days in August 2017...

The ACMS returns to Edinburgh like a fetid Petri dish teeming with innovative bacterial comedy. Join the cavalcade of sparkling nonsense and watch us wave our cakes at the sky. Hosted by the least traditional double-act money can rent - Thom Tuck and John-Luke Roberts - containing too many guest acts, i.e. 'dozens of the bastards' (Chortle.co.uk). All we can hope for is failure, noble failure! 'Might not work' (Time Out). 'The best policy is to sit' (BeyondTheJoke.co.uk). 'Rucksack' (BroadwayBaby.com). 'Relative sobriety' (ThreeWeeks). 'Bunch of knuckleheads' (Tony Law). 'A man shaved off his beard' (Guardian).