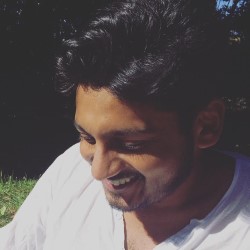 In an age of global socio-political turmoil, Shah presents a show about freedom, fascism, complacency, complicity, resistance, and milk. Ahir's last show enjoyed packed runs at the Edinburgh Fringe, the Soho Theatre, and a national tour. In it, he theorised that we were being tugged in contradictory directions by a potential brighter future and resurgent worst of the past. These days, the past appears to be winning. He's got loads of jokes about it. 'Burning passion at his fingertips and the gags to back up his fire' ***** (List). 'Excellent' **** (Guardian).

Queues are forming for this Free Festival show, so you'll need to get there early to get a seat... but it'll be worth your effort. Control touches on some serious topics, but Ahir Shah hasn't forgotten to put jokes in too. There's loads of them fact - big laughs to be had.