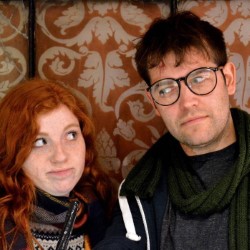 This is an original (and unofficial) comedy play that tells the story of Harry Potter and his friends several years after they left Hogwarts. It is written by Adam Larter, head of Chortle-nominated Weirdos Comedy Club, and stars a cast of the most innovative young comedians around, including Jon Brittain (director of John Kearns' Fosters Comedy Award-winning show), Matt Tedford (Maggie Thatcher Queen of Soho) and Joz Norris. It is produced by Laugh Out London (third best comedy club in London 2015 according to Time Out).