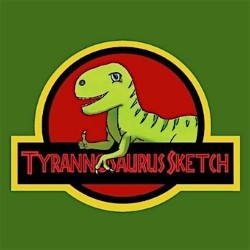 The country's only student-run theatre presents an hour of sketch comedy in the form of Tyrannosaurus Sketch! Featuring six actors fueled mostly by coffee and the desperate need to procrastinate their degree, and writers with comedy ambitions bigger than Kim Jong Un's nuclear missile programme. Tyrannosaurus Sketch sets out a smorgasbord of comedy, from highbrow humour to cringeworthy puns, with pit stops at superhero parodies and absolute absurdism. This show is sure to entertain, as these Nottingham students come out all puns blazing!