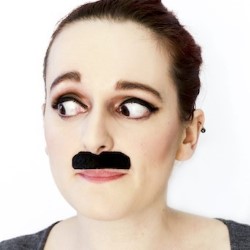 Queen has been the soundtrack to Funny Women Variety Award winner Sooz Kempner's entire life. With music that epic and triumphant scoring her every move, how does she consistently end up as one of life's losers? The music of Queen combines with original comedy songs and tragically hopeful stand-up. 'Fantastically funny... this is a woman who belongs on the stage' **** (Chortle.co.uk). 'Just the right amount of absurd, grotesque and alarmingly familiar' **** (FunnyWomen.com). 'Razor-sharp satirical compositions. Spellbinding!' **** (ThePublicReviews.co.uk). 'Charmingly self-deprecating' (Diva Magazine).