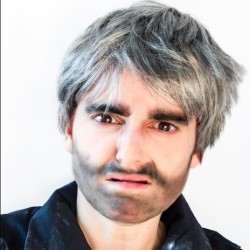 Following 2015's Character Activist, Funny Women Variety Award winner Sooz Kempner is back with four more characters/figments of her imagination for you to meet. She is really showing that she can do different accents, wear wigs and even write and perform songs in this multi-character extravaganza. Legal disclaimer: the character Malcolm Dempster is not based on any person, living or dead. Certainly not her estranged father. 'Fantastically funny' **** (Chortle.co.uk). 'All Sooz's characters were just the right amount of absurd, grotesque and alarmingly familiar' **** (FunnyWomen.com).