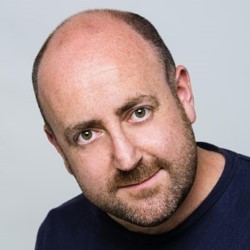 Is Russ Peers a bad gay? He's chunky, over 40, and knows more about pies than poppers. In his latest show Russ brings his biting wit to bear on society's expectations of what a gay man should be, how he should behave and who he should sleep with in what position. With cutting observations of the gay scene, society's "acceptable face" of gay, and his experiences in and out of the closet, Russ looks at his big gay Northern life so far to find out if he really is any good at being gay.