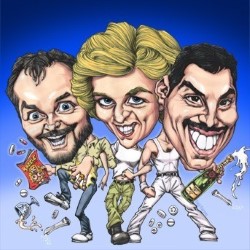 It's 1988 and London is partying hard under the spectre of AIDS, the scrutiny of the press and the promise of a summer of love. When Princess Diana dreams of a wild night out away from relentless paparazzi and ruthless royals, Freddie Mercury and Kenny Everett know there is only one place to take her... Their night at the Royal Vauxhall Tavern is the stuff of legend. This irreverent yet insightful new musical reveals that what they learnt about themselves and each other would shock and propel them through the final years of their tragically shortened lives.