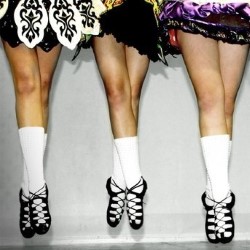 And the Rope Still Tugging Her Feet was inspired by 1984's Kerry Babies scandal. A dark, comic take on a time in Ireland when 'the most dangerous place to be was in a woman's womb' (Bishop Joseph Cassidy). Written and performed by award-winning writer and actress Caroline Burns Cooke (Best Actress ECU European Independent Film Festival for MYRA; Best Feature screenplay for She Moved Through the Fair from Scottish Screenwriters), and directed by Colin Watkeys of Face to Face Festival, director/dramaturg of legendary performers Ken Campbell, Claire Dowie and Jack Klaff.