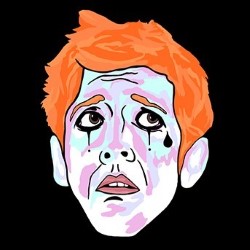 Imagination and reality collide in the world of Simon Slack. Fantastical, absurd one-man sketch comedy from Robert Cawsey. Simon is confined to his room with his fantasies and his best friend... Puppet 5000. A wild journey of physical comedy, crazy dancing and puppetry. Directed by Vicky Jones. Robert is an actor, writer and comedy performer. He's also one half of comedy duo Guilt & Shame, who have performed sell-out runs at the Soho Theatre and festivals all over the UK. 'Utterly mesmerising and really quite wonderful' **** (List). 'Stupidly funny' (Kate Copstick).