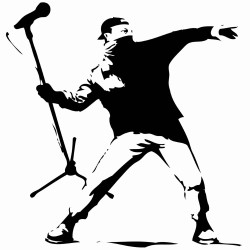 Nothing will remain sacred when the 'bombastically liberal' Rick Molland (ThreeWeeks) meets the 'shamelessly shocking' Sully O'Sullivan (Australian Times) in this stand-up comedy face-off on Freedom of Speech, where low blows aren't just legal, they're encouraged. Over five rounds of punchline pugilism Molland & Sullivan will trade joke for joke, gag for gag, argument for argument on Free Speech, and at the end of it all, the audience will be the judge. 'Hard-hitting, no-holds-barred comedy' (Edinburgh Evening News). 'Demonstrated no subject ought to be off-limits if handled intelligently and originally' (Scotsman). 'A Daily Show vibe' (Fest).