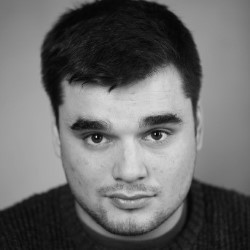 Red Richardson has appeared in the final of every major national stand-up competition and performed to great acclaim at the top comedy clubs in London and around the UK. After performing in a very well received variety show in 2015, Red is debuting his first solo show at the Edinburgh Fringe. A unique, dark and hilarious outlook on his own life and the modern culture that he inhabits, The Red Richardson Experience should not be missed.