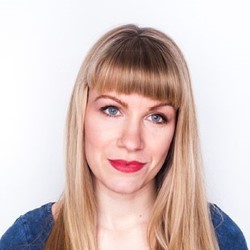 Rachel Parris (Austentatious, The IT Crowd, Murder in Successville) presents a collection of songs, stories and stand-up about not having it all. No house, husband, child, wage? No problem! Rachel Parris is an award-winning musical comedian and improviser. She was named the Independent's One to Watch, was nominated for a Chortle award and her songs are regularly played on BBC Radio 4 and BBC 6 Music. 'One sometimes doubts that Britain's got talent - but Parris has it in spades' (Guardian). 'A gifted performer' (Times). 'Uproarious' (Scotsman). 'Utterly captivating, very funny' (Jason Manford).