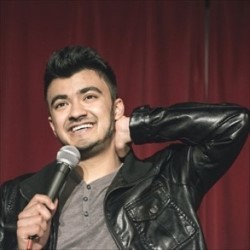 Don't let Neel's youth or internet celebrity deceive, this talented comedian is captivating audiences globally. With 1,000,000 fans and gazillions of hits across social media, Neel's sold out shows since he was a teenager - he'll have you in stitches with hilarious commentary ranging across youth, media, gender and race: coupled with impressions, crowd-work and charismatic stage presence! Neel's charmed audiences across five countries. Catch him as he rockets to megastardom! 'Stellar...had the crowd in hysterics' ***** (The Music). 'One of the most exciting young comedians to come out of Australia' (3 News, New Zealand).