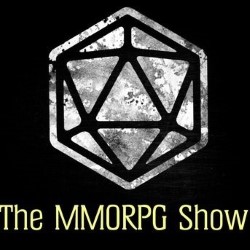 Game show performed on the following days in August 2016...

A crowd gathers, no doubt they hear I seek a champion... From the makers of Knightmare Live comes The MMORPG Show (Spirit of the Festival winner, VAULT 2016). Combining improvised comedy with tabletop gaming in an epic, sprawling, open world, entirely made up fantasy quest of the audience's own devising. Every show is different. Every choice has a consequence, every success or failure decided by a large D20 (20-sided dice). Will you be victorious? Bring harmony to the kingdom? Or will you betray your new friends for personal glory?