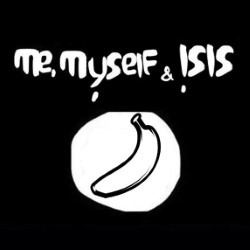 Sketch show / multimedia performed on the following days in August 2016...

American cop Frank Law lost his partner two days before retirement. British sketch group Banana Collective lost the plot two days before Edinburgh. But what connects the homoerotic adventures of a 1980s detective with the mental breakdown of bunch of pretentious wannabes? ISIS. Banana Collective may have written an insightful play about the battle between western neoconservatism and religious fundamentalism... or they could be just another sketch group courting controversy with an inflammatory show title. Either way it's free, so it's worth a punt, right? Expect themes of solipsism, alcoholism and magnetism.