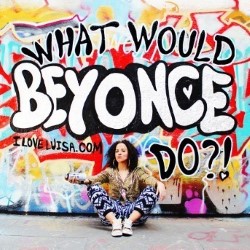 Luisa Omielan, Queen B of comedy is back for one weekend only. 'The biggest stand up hit of the decade' (Guardian) returns with her smash-hit show 'What Would Beyoncé Do?!' on Friday 26th! These one-off shows are your only chance to see Luisa at the Fringe this year! 'A phenomenon' (Independent). 'Should be compulsory viewing' (Scotsman). 'Fresh, frank and fearless, a gutsy new star is born' **** (Daily Telegraph). 'A raw natural talent doing something clever and hugely enjoyable... a star is born' ***** (Skinny) ***** (Chortle.co.uk).