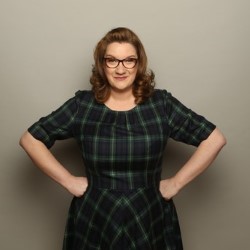 Join Sarah Millican and special guests as they celebrate the longest-running comedy festival in England. Leicester Comedy Festival has been running every February since 1994 and the festival now features over 800 shows in 67 venues across 19 days. The festival is home to recognised national comedy competitions, including the UK Pun Championships and Leicester Mercury Comedian of the Year. This benefit show will help support the 2017 festival and Big Difference Company (registered charity 1135167). www.comedy-festival.co.uk