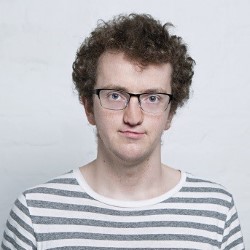 New show from BBC New Comedy Award finalist and nominee for Chortle Best Newcomer. Jonny Pelham thought he was happy, then he went to therapy and now he is not so sure. **** (Sunday Times). **** (Scotsman). **** (Daily Mirror). 'Echoes of Daniel Kitson in his writing' (Guardian). 'His presence and storytelling have them all entranced for an hour' (Skinny). 'The Laughs are explosive' (Steve Bennet, Chortle.co.uk).