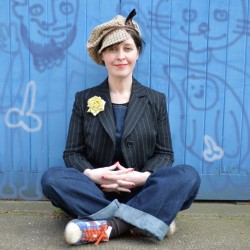 Reacting to political turmoil, class struggles and bothersome intrusive thoughts, Neary attempts escapist talent show Opportunity Knockers. With women, animals and men. As a baby, Joanna was dropped on her head and stolen from outside Coventry Library. She started work aged twelve, picking moss on Bodmin Moor for a pervert. She avoided getting beaten up by pretending to be French, and dislikes the fashion for bags that look like bums. At Polytechnic, Joanna paid by cheque for a Pot Noodle. 'Hilarious, off-kilter talent' (Sunday Telegraph). 'Character comedy of the highest order' **** (List).