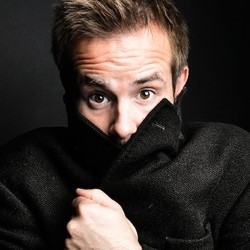 This is Jimmy's sixth solo hour, so according to best-selling author Malcolm Gladwell, that means he's only 9,994 hours away from being brilliant. Not that it's Jimmy's fault it's taking so long. 'Exquisitely done, with a compelling, simmering fury... impressive' **** (Chortle.co.uk). 'Funny, candid, confident' (Time Out). 'Hilarious anecdotes... this is the quintessential comedy show from somebody who knows their craft inside out' ***** (ThreeWeeks). 'Extraordinarily good... Clever, personal, hilarious... It was wonderful... There are few comics I can think of who have the sheer star quality of McGhie... You really should see it' **** (Scotsman).