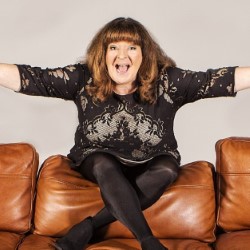 This award-winning comedian has a comedy show and it is free at The Free Sisters. So come down and enjoy, you don't have to put cash in the bucket if you are skint. 'The Glasgow Comedy Queen' (List) 'Compelling... ballsy... a breath of fresh air' (Guardian) 'The most outspoken female stand-up in Britain' (Daily Telegraph). 'The greatest British improviser of her generation' (WhatsOnStage.com). 'Some of the sharpest-elbowed comedy in the world' (New York Times). 'Scotland's funniest woman... the Godmother of Scottish Comedy' (Scotsman).