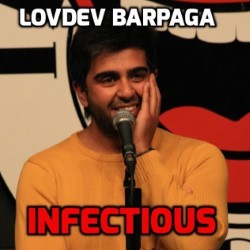 Lovdev Barpaga brings his first ever solo show to the fringe in 2016. He's been described as the 21st century Asian Ken Goodwin by Steve Bennett. Lovdev will entertain you with old-style jokes along with puns, and stories.