Comedy stage hypnotism has spent many years in the wilderness. It's puzzling why, as the format has always been hugely entertaining, particularly when you can laugh at your friends on stage doing silly things.

One theory goes that the genre was a victim of its own success. As the artform started taking off, magicians and variety hosts quickly added 'hypnotist' to their list of skills in an attempt to get on the money. However, these people didn't have the required experience or skill, so the shows they put on were poor and audiences started associating hypnotism with a cheap and tacky and generally disappointing night out.

Viva Hypnosis is aiming to change all that. Having previously played various cities around the world, the show has been entertaining audiences at the Edinburgh Fringe for the first time this August.

The team behind the format are aiming to bring back a bit of "glitz and glamour" to hypnotism. As their programme description says: "Jaw-droppingly immersive, fast-paced, energetic and loaded with music, dance and visuals - we'll guarantee you'll have never seen a hypnosis show quite like this!"

This video does a better job of giving you an idea of what Viva Hypnosis is like than any words can:

The man at the centre of the show is Simon Warner, who has hypnotised over 5000 people all around the world, from the Canary Islands to the United States.

He's supported by producer Michelle O'Callaghan. She tells us more about the background of the brand: "Viva Hypnosis has been touring the UK and Caribbean since November 2015 - however, Simon has been doing hypnosis for nearly 10 years.

"Viva Hypnosis was actually conceived between Edinburgh and Las Vegas... We came up with the idea for a full-production comedy hypnosis show when we were at the Edinburgh Festival Fringe last year and then solidified the idea of a Vegas themed show when we were working out in the States last year.

"Viva Hypnosis is the UK's first and currently the World's only full-production interactive comedy hypnosis show. We wanted to create an evolution of the format - a comedy hypnosis show that was about the SHOW - about the spectacle, the entertainment and the humour that could be created by utilising the people's imaginations on stage - brought to life by massive production value and assisted by a team of dancers known as The Ntrancers. A show that was about the volunteers (not the ego of the hypnotist!) and truly made THEM the stars of the show. After all, the volunteers are the REAL stars of any hypnosis show! Without them - there wouldn't be a show!" 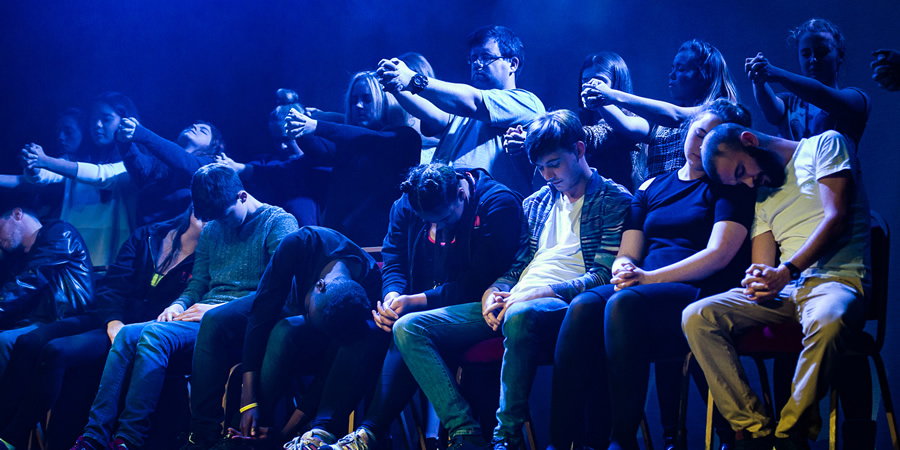 With the Edinburgh Fringe becoming more family friendly, it's interesting to note that Viva Hypnosis is suitable to take the whole family to, without fear of any blue material. Michelle confirms: "We are one of the only family friendly hypnosis shows worldwide!"

The show is advertised as being suitable for those 12+, but any keen young participants will have to wait a couple of years before they too can get on stage as in the UK you have to be aged 18 or over to legally be hypnotised.

Michelle says: "We have realised since our Fringe run that we also massively appeal to a family audience - with the show being so dynamic and full of action, with colourful costumes, immersive full-stage projections, sing-a-longs, dancers and hypnotic LED light shows - families love it! There's always something eye-catching to look at! Especially when the adults on stage belong to some of the younger members of our audience! It's not rude, it's not blue, it's all good, clean fun - but it has enough cheek to make it hilariously funny for all ages! The humour comes from the interaction between the volunteers, the audience, The NTrancers and Simon - it's all about engagement. Never resorting to using hypnosis to be vulgar, outrageous or purely just to shock - which both our audiences and colleagues in the comedy world, agree is starting to lose it's appeal."

Everyone involved in the show is keen to ensure those who get on stage have a good time. Indeed, when BCG watched one of the Fringe shows, we spoke to some of the excited participants afterwards who told us what a great time they had had. Simon says: "It's important to us that our volunteers always to come away feeling fantastic having thoroughly enjoyed the experience - never feeling demeaned or humiliated. The audience should always laugh with the volunteers, not at them."

Annie, an audience member, says: "It's a great show and if you were wanting to volunteer yourself I'd say this would be the time to do it as it's all family friendly but still very very funny. Would happily come back and see Viva Hypnosis for a 3rd time."

Meanwhile Michael says: "I came back again and brought friends! Truly a brilliant show, family-friendly and a barrel of laughs. You can go on stage... or not. It's entirely up to you and there's no pressure." 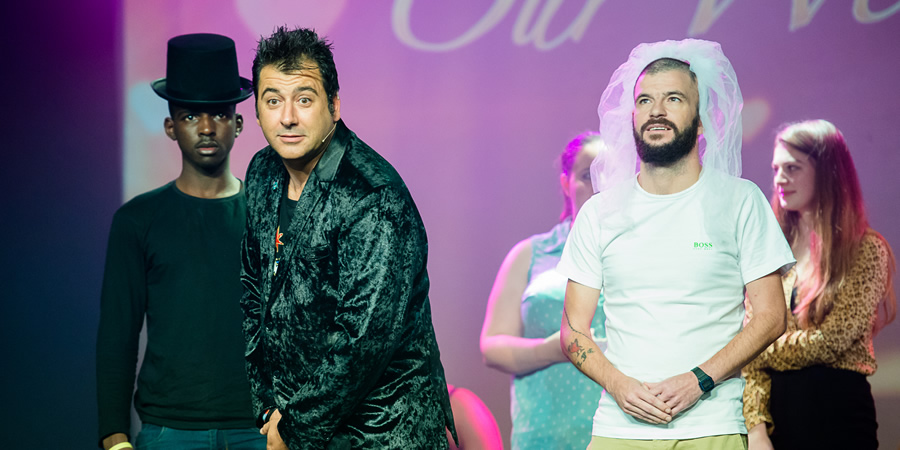 During this year's Fringe, Simon has even unknowingly hypnotised some reviewers. "Yes, we had absolutely no idea that our reviewers came to the show, were hypnotised and loved the experience! 3 out of 3 reviewers were involved in the show, which made for some very interesting and positive reviews! It looks like we managed to turn a couple of sceptical reviewers into fans and give them an excellent comedic hypnotic experience!"

Indeed, one can read their reviews on Mumble Cirque and ScotsGay

So did Simon use mind control on them to give the show good star ratings? Sadly, he doesn't quite have that level of power. People in a hypnotic trance still won't do anything that is against their morals. 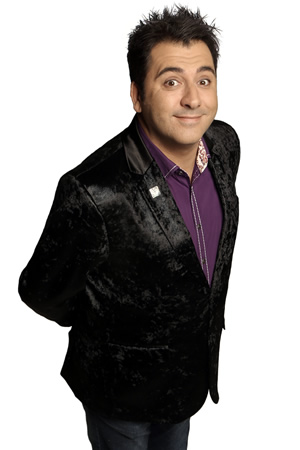 It's a fascinating topic, so we asked Simon to explain more about how hypnotism works. "On a technical level, hypnotism is a relaxed state of mind where you are open to suggestion: When the subconscious part of your mind becomes more prevalent than the conscious part of your mind. Hypnotic sleep is not the same as night-time sleep - when you're 'under' or in a trance, you are still able to see everything, still able to hear everything. You just have an overwhelming compulsion, an irresistible desire to do what I ask you to do. And you don't have to worry about a thing (I'm a nice hypnotist!), you can't be made to do anything that's against your morals or values."

Having never been in a trance ourselves, we then asked Simon to try and describe the state further. He elaborates: "On a very 'real' level... Do you ever find yourself getting lost in books and films? Do they sometimes seem REAL to you? (and I don't just mean at the Odeon with those funky 4D seats!). Do you ever find yourself driving down the road or sitting on the train and getting lost in your own thoughts... day-dreaming, planning and scheming... thinking about the those pairs of shoes you saw in the shop window or what the score might be at the match tomorrow?... Then you've actually already been hypnotised. It's not a magic trick. It's a trick of the mind. All hypnosis is really self-hypnosis - YOUR mind does the hard work... it's an adventure, a journey that you go on in your own head... guided by a hypnotist... And if you have a big enough imagination and have a good enough sense of fun, you'll have no problem becoming the star of the show and acting out that journey for everyone else to be entertained by!"

If we're honest, we're not sure if we'd be susceptible. Can Simon really hypnotise anyone? "Anyone can be hypnotised, but some people are much more responsive than others! Some people are more likely to be great hypnotic volunteers than others. People with great visual imaginations or who use this skill in their jobs are usually the best; for example artists, hairdressers and make-up artists, along with musicians (drummers are amazing!), people in the military and performers. Basically if you have a big imagination, are pretty open minded, can concentrate and follow instructions and want to be hypnotised... you will be a PERFECT hypnotic volunteer!"

Perhaps understandably given how strange a concept it is, there is a lot of scepticism from some people about whether hypnotism is even a 'thing'. At other shows, BCG has certainly heard people suggest things like that everyone on stage is an actor planted in the audience. Simon and Michelle have the perfect comeback to this: his name is Callum, one of their backstage team...

Callum turned up to one of their early shows as a punter, adamant it wasn't going to work on him. He says: "It was a really, really surreal experience. I really didn't believe it and yet I managed to become one of the stars of the show. It still baffles me to this day..."

He loved the experience so much, he returned to the next show and got up again. "It really is different to anything I have ever seen before, and it was something I became really passionate about. I wanted to learn more and see more..."

He's now such a fan of the format he has found himself working on the show, following it on tour. "Michelle and Simon offered me to assist with promotions back in May and I haven't looked back since. I have become so involved because I love the show. It's something I am so passionate about, like all of the Viva team. We're like a family, which you don't really get amongst other companies - it's just a job for them, with Viva Hypnosis it's work mixed with fun and enjoyment." 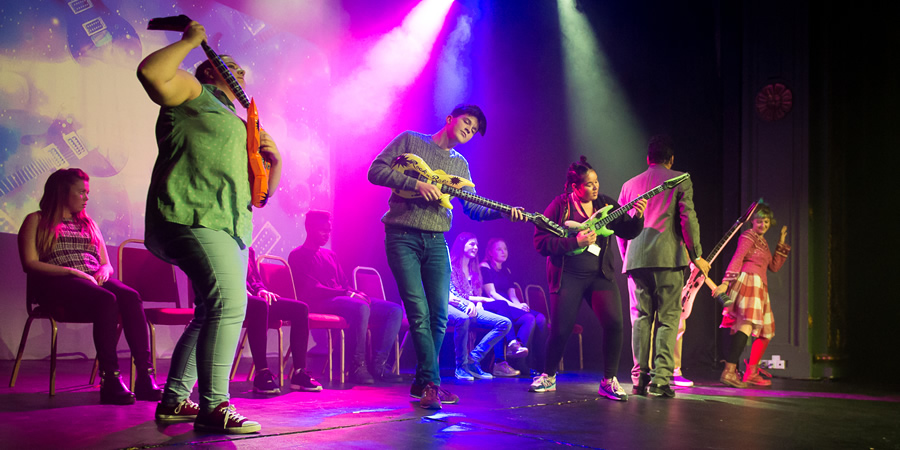 The format's run in Edinburgh is coming to an end this Monday, with Patrick Monahan set to attend the final show to reveal who has won the audience competition... the prize being a trip to Las Vegas! (Want to be in with a chance of winning? Just buy a ticket to one of the Edinburgh shows)

What's next for Viva Hypnosis? Will it be coming to other cities? Michelle answers: "Yes, absolutely. After Edinburgh, Viva Hypnosis is delighted to be heading to the Liverpool Comedy Festival, before heading off to actual Las Vegas! We're also looking to build on our Festival success for next year and are looking at heading off to the Adelaide Fringe, Adelaide Cabaret Festival, The Brighton Fringe and anything more that comes our way! Along with our usual theatre tours and shows around the world! It's going to be a very busy and exciting year ahead..."

Simon confirms: "Yes, we'd absolutely love to return to The Edinburgh Festival Fringe next year... this year has been such a positive (although exhausting) experience! Incredible audiences, fantastic volunteers and top reviews! Ticket sales have been even better than we even expected - we've been one of the top selling shows in our venue, with packed out nights galore!

"We're still constantly evolving and developing Viva and we also have a top secret-brand new show in development that we are planning on debuting in theatres before bringing it to next year's Festival Circuit. There's tonnes going on behind the scenes at Viva HQ: Our tech team are already working on implementing ground-breaking digital interactive elements never before seen at a hypnosis show. The title is currently top secret - (even to you guys! Sorry!) - but we can assure you that our next show is going to take the concept of a full-production, interactive comedy hypnosis show to the absolute next level! We've been building on the success of Viva - so of course, music, dance and colourful costumes now come as standard...But we can promise you it will be bigger, more dynamic and more immersive than ever before! With even more audience interaction, jaw-dropping stage setups, a smattering of celebrity stardust... and of course loads more laughs! Stay tuned..."

Viva Hypnosis is at the Zoo venue until the 29th August. Listing

To find out more about Viva Hypnosis in general, visit vivahypnosislive.com