A One Liner, a Sketch and a Story walk into a bar, and the barman says: "Why the tortured metaphor?"

For the last three years I have brought storytelling shows to the Edinburgh Fringe to some critical acclaim and much parental bafflement. Nothing quite beats a story, whether it's a completely made up tale of a magician's tortured relationship with his ventriloquist dummy, or a real life anecdote about romantic strife. At this Fringe you can catch hundreds of amazing storytelling shows, and anecdotal comedians. You may also catch countless sketch comedians and one liner comics...

Sometimes the genres can seem worlds apart, but it is my strongly held belief that whether you see a comedian tell a one liner, a sketch or a whole hour long story, the factors involved in making all three work are exactly the same.

How do you put together a joke? One way of doing it is to take something from the real world and add a complication. "What happened when a pheasant and badger went on a date? A Game, Sett match". Stop groaning, I literally just made that up and you are totally going to tell it to everyone you know the second you stop reading this. Maybe not. But the components of this 'hilarious' one liner and the same as any story. Act 1: We have our pheasant, just living its life trying not to get shot, then comes Act 2, some hunky badger just asked it out on a date. Followed by Act 3: they fall in love and create the greatest punchline the world has ever known. 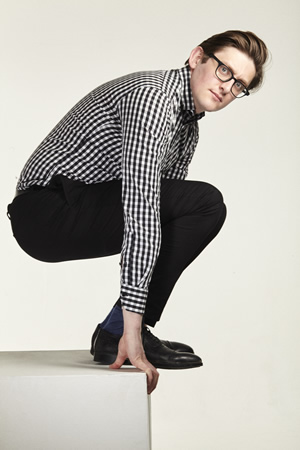 Not every joke works in exactly this way, but a lot follow this three act structure. Some geniuses like Tim Vine can just do a two act joke: "Velcro, what a rip off." But many stories follow the same structure as a joke. Basically any pitch for a film reads like the setup for a joke: 'What do you get if you cross a gang of paleontologists with a group of escaped dinosaurs...", "Did you hear about the mum and the daughter who switched bodies?", "Knock knock / who's there / An insane Jack Nicholson."

In the same way a joke requires a good complication to generate the humour, so too all stories need the same to generate drama. Ideally the tools which are needed to reach a satisfying conclusion are presented to us at the start of the story, in the same way the elements needed to understand a joke need to laid out for us. If the joke read: "Did you hear about the pheasant and the badger? It was a game sett match... Oh, by the way, they were on a date", the joke doesn't work. Similarly, we love it when Bond uses a gadget to get out of trouble, but only when Q has introduced the gadget earlier in the film, otherwise the conclusion feels unearned.

"But what about sketches!" I hear none of you cry. I've performed literally tens of sketches during my time at the Fringe. I have also written hundreds during my time working under the BBC Writer's Bursary, which allowed me to work across a whole host of shows, as well as reading thousands of sketches for open-door shows such as Newsjack. I learned very quickly they operate on similar rules.

Newsjack is a topical sketch show, and I lost count of the number of sketches which featured people agreeing... they just didn't work, there was nothing driving them forward and no conflict. Stories thrive on conflict. Whether it's huge 'world destroying' conflict or more intimate 'I don't think I love you anymore, Hubert' conflict. The sketch where the pet shop owner accepts the parrot is dead and offers a refund isn't a classic, it's boring. The sketch where Julie Walters is amazing at delivering soup is just footage of a woman delivering soup.

My show this year is heavily influenced by Tales of The Unexpected and Inside No. 9 stories, which often have a twist in the tail. And isn't that really what a joke is, and what a sketch is? In the case of a joke, the twist is the punchline, drawing in all the information you have been given and presenting it to you in a way you didn't expect, to create a reaction. A laugh at a joke is similar to a gasp upon finding out that Bruce Willis is dead - apologies for spoiling the end of Armageddon!

So I firmly believe a one liner, a sketch and a story require all the same disciplines to work, and if you can do one well you can absolutely nail the rest. All that changes is the amount of information each contains, and the amount of time you have to explore it. Now I must go, I'm off to write a three hundred page screenplay about a pheasant and a badger who fall in love... just need to work out what to call it.

'Tom Neenan: Vaudeville' is at Underbelly Quad Med at 4:15pm at the Edinburgh Fringe until the 28th August. It's been getting great reviews - go see it! Listing