So, the 2016 Fringe: nowhere near as exhaustively Brexit-obsessed as we thought it might be, given that the majority of comics had clearly nailed down their sets long before that nefarious farce took place. Most issue-conscious acts squeeze in a pithy mention of it then move swiftly on, as in an ideal world they'll be touring those shows long into the future, and who knows what state we'll be in by then.

A few comics have gone Brexit-big, though, notably the redoubtable Bridget Christie. We can only guess what her show, Mortal, was originally going to be about - gardening, she suggests - but she's swiftly put together another tremendous hour here, a great cathartic rant at Gove, knee-jerk Leave voters plus a bit of patriarchy-fucking, just for old time's sake.

If you're still fuming, Andrew Maxwell's Slight Return has some typically thoughtful reactions too, while Mark Thomas gives an interesting insight into why the North spurned the EU, in the Red Shed. Why is it that comedians invariably make more sense than politicians and commentators? Honesty, probably, which is ironic, given that they actively make stuff up. 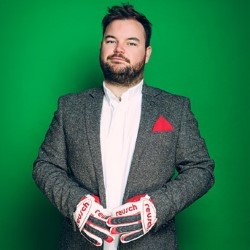 Another act who wound up radically changing his set just days before the Fringe was Lloyd Griffith, although that wasn't due to a desperate need to get political. No, the multi-talented actor/comic/chorister wrote a show called Lloyd Griffith is a Keeper about (a) his football dreams and (b) winding up with a nice girl, then got dumped by the latter just days before the trip North, hence his lovey-dovey show turned into the opposite.

It arguably worked out for the best though - well, in terms of his show, at least - as the result is a lovely, fresh, genuine hour of stand-up, with a good few surprises thrown in: has anyone else at this Fringe met Lionel Messi? Actually one of the excellent sketch trio Beasts - getting fine reviews for their show Mr Edinburgh 2016 - is also a football writer, but he'd probably be the nearest, unless, er, Ronaldinho is rocking the circus hub (plausible).

The NHS is also a hot topic this year, and there are a few moonlighting doctors knocking around: Dr Phil Hammond is trying to stage a revolution at Symposium Hall, the very promising Ed Patrick reveals umpteen trade secrets about being a junior doctor (at Just the Tonic, aptly enough), and at least one other act moaned about life as a GP... um, it'll probably come back to me before the bottom of the page.

Now that almost certainly wasn't Joz Norris, although his show is genuinely medicinal, and cheered this particular soul on a gloomy, rainy Edinburgh afternoon. It's a bit more heartfelt than last year's balls-out silliness, but still has some wonderfully daft/brilliant ideas - one devilishly simple hand-puppet bit makes the girl behind me lose her shit to such an extent that she actually stops bloody talking for five minutes, which is a relief. Norris pops up in Eric Lampaert's excellent space/immigration-related hour Alien of Extraordinary Ability, too.

Speaking of interesting audience reactions - and taking a brief diversion into the Fringe guide's Dance, Physical Theatre and Circus section here - it's fascinating watching how people respond to the wonderful Scary Shit. Rhiannon Faith's performance-art extravaganza is frequently funny, rude, but also dark, and ultimately deeply moving - which probably isn't what the dad and his two teenage kids sitting in front of me were expecting, judging by their reactions. Faith and her colleague do say 'fanny' rather a lot, and get into some interesting positions: you can imagine that'll be talking about it at family get-togethers for years. 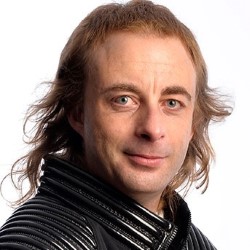 And speaking of sexual content, someone at the Underbelly clearly has a sense of humour, putting Nicole Henriksen and Paul Foot back-to-back in the Belly Dancer: two more diverse shows you couldn't imagine. Classic Fringe. Foot is on fabulous form with the wonderfully-named Tis a Pity She's a Piglet, particularly the bit with the cuddly bear, and the bit about the fry-up, and the bit where he tackles global terrorism. Why is it so funny? Impossible to explain, but by crikey it is.

But he directly follows Makin' it Rain', Nicole Henrikson's remarkable and revealing theatrical performance about her other life as a stripper. Henrikson, from Oz, also does a splendidly anarchic late-night character-fest, Techno Glitter Penguins, and is definitely a talent to look out for, having recently relocated to the UK. She's not the only sometime stripper talking shop, though: there's an unexpected diversion into strip joints during Fern Brady's excellent Male Comedienne, too.

A couple of bubbling-under shows: the marvellous Mae Martin forgot to do any flyers or put herself in the Guide this year, but her work-in-progress at City Café is tremendous fun. And her pal Chella Quint is packing people into her 'period comedy' Adventures in Menstruating at the Banshee Labyrinth - and attracting a good few men, apparently. You're never too old to learn.

More enjoyable new-to-me acts this year: Norris & Parker have crafted a gut-bustingly funny hour of dark musical mayhem in the Pleasance Courtyard, See You at the Gallows, while two very different shows are genuinely pushing the comedy boundaries over the Meadows at the Cellar Bar: the one-man ideas factory Jordan Brookes in The Making Of, and Foxdog Studios' hi-tech interactive wifi-fuelled hi-jinks. Highly recommended.