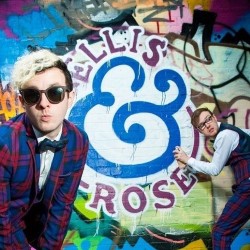 Ellis and Rose's act is dated, unfashionable and belongs in the comedy bin - according to one famous and respected comedian. But they're back and more determined than ever to put their numerous and violent differences aside to prove that scumbag wrong! The award-winning duo return with their unique brand of anarchic idiocy. Come get drenched in nonsense and other stuff! 'The best double act I've seen in years' (Harry Hill). 'The best thing I've seen in ages' (Phil Kay). 'Knockabout fun' (Chortle.co.uk). Malcolm Hardee Award winners and London Cabaret Award nominees. Worth your precious time.