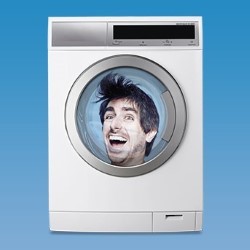 Fresh from winning Dave's Joke of the Fringe and re-telling it dozens of times to a TV camera, Darren Walsh (BBC's iWonder) set to work on coming up with a completely new set of jokes for 2016. S'Pun is the follow-up to 2015's five-star show Punderbolt, cramming in even more animations, videos and sound effects. Darren also made the Top 10 Jokes of the 2015 Fringe in the Guardian, the Mirror and the Telegraph. 'Unstoppable tsunami of stupid puns.' (Chortle.co.uk). 'The most pun you can have with your clothes on. Punbelievable!' *****(Mirror).