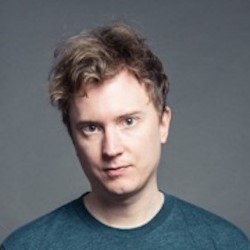 A stand-up show based on a true story about how a man (me) went from being an idiot to a (spoiler alert) Nobel Peace Prize winner. Award-winning comedian Daniel Cook brings a show to Edinburgh in the vain attempt to make sense of the world. As seen and heard on BBC One, Channel 4, BBC Radio 2 and BBC Radio 4. 'Cook possesses a quality that simply makes him funny' **** (List). 'Had the crowd roaring with laughter' **** (ThreeWeeks). **** (BroadwayBaby.com). **** (Edinburgh Festivals Magazine).