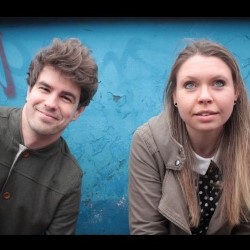 Sam Mitchell and Cressida Wetton: two comedians for the price of none! A free show featuring two promising performers doing half an hour each: Sam Mitchell (2015 BBC New Comedy Award nominee, 2016 Max Turner Prize finalist, average height of a UK male) and Cressida Wetton (2014 Laugh Horse New Act Of The Year semi-finalist, 2015 So You Think You're Funny semi-finalist, adept at spreadsheets). These rising stars of the comedy circuit are making their Fringe debuts so don't miss the chance to say 'I was there!' before they're on Live at the Apollo. Or Crimewatch.