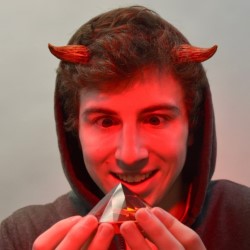 It's two weeks before AniMazing Con and six high school theatre kids are gunning to win the anime convention's group cosplay contest with a scene from Madsummer! - a modern-day anime Midsummer Night's Dream starring Puck running amok and the fairy-verse turned upside down. But when the team's young leader is yanked from participating by his disapproving lawyer mother, it's up to their impassioned drama teacher to argue for the value of following one's passions, not money, in the pursuit of happiness. A new comedy about finding your tribe and chasing your own mad dreams.