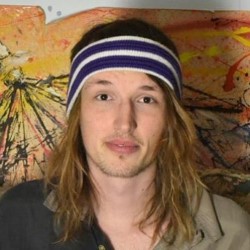 There are many schools of thought as to what is best to write here but few are bold enough to address those schools at the expense of describing their own show. Until now! Except not really, because there's still space for writing. So, to actually describe the show, Andy Field, winner of the Chortle Student Comedy Award 2015, brings 50 minutes of jokes, characters and far-fetched funnies to delight and amaze the easily delighted and amazed. Everyone else will have to make do with just laughing occasionally like a normal person.