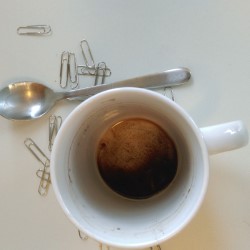 It's 1987 and Glenn Fiscal is riding high in the corporate stationery world. He's learned business the hard way, studying after hours while flipping burgers down the cobblers. The company is guided by his vision and his mission statement but he knows he can't take all the credit. Meryl is the heart of the company (and the money) so he respects her decisions greatly. A surreal comedy play starring Adam Larter, Marny Godden, Joz Norris and Lucy Pearman. 'Stubbornly divorced from any conventional idea of success' (Fest).