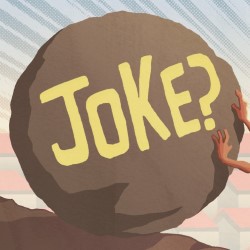 ACMS returns for its sixth Sisyphean year at the Fringe, hosted and curated by Thom Tuck, 'an authoritative and slightly creepy blowhard' (Scotsman), and John-Luke Roberts, 'a lever-operated mouth on a stick' (Fest). 'The night is...' (BroadwayBaby.com) '...one of the most experimental and exciting around' (Independent). 'If you are in the mood...' (ThreeWeeks) '...a show that's genuinely alternative and properly comedic' (Guardian). 'Bunch of knuckleheads' (Tony Law). 'Knockabout spirit of early Vic and Bob' (Bruce Dessau). 'The sort of comedy night they say no one puts on anymore' (Stewart Lee). 'Bastards... kudos' (Chortle.co.uk).