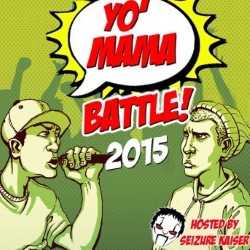 The sell-out smash hit from Australia makes its international debut, the annual Yo Mama Battle! Starring the hottest comedians battling it out over topics chosen by you! Yes you! A night filled with insults, mayhem and fun hosted by the psychotic Seizure Kaiser in this 8 Mile inspired show. The two competitors will go back and forth and try to come up with the best comeback jokes against the other person's mother until someone gives up in defeat. Two semi-finals and one grand final ... not to be missed in an Edinburgh Fringe first!