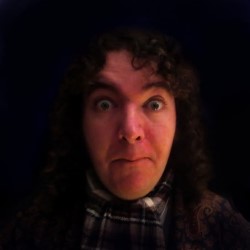 Storytelling starring Will Seaward performed on the following days in August 2015...

Will Seaward's smash-hit five-star ghoststravaganza is back for a second year with new tales and even more terror! Aaargh! Join Edinburgh's most booming comedian on the stroke of midnight for a mighty dose of late-night torch-wielding comedy spookiness... if you dare! Blood! Ghouls! Werewolves! Creaky doors! Wailing! What could possibly be better? Not suitable for exorcists. 'A young Brian Blessed on a wicked sugar rush' (Telegraph). 'Superbly silly ... I haven't stopped raving about it once' ***** (TheatreFullStop.com). 'The only real way of describing him is "legend"' ***** (TheNewCurrent.co.uk).