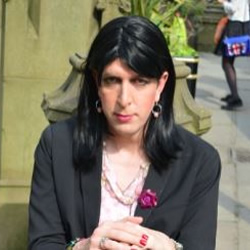 Sketch show starring Will Franken performed on the following days in August 2015...

This show was previously called 'Will Franken: Who Keeps Making All These People?'

Sarah Franken (previously known as Will Franken) serves up another smorgasbord of multi-voiced madness. She will blow your mind to pieces and put it back together again in strange, unearthly configurations. 'I left sore with laughter and breathless in awe of Franken's talent' ***** (Scotsman). 'It's inspiring to know that such out of this world, high quality comedy exists - here's a comedian guaranteed to genuinely impress' ***** (ThreeWeeks). **** (Fest).