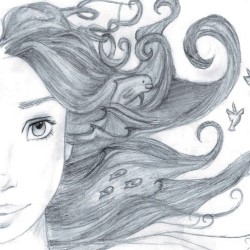 A young teacher hopes to be hired as a literature teacher and coach at a private school for boys. To his disappointment, he is assigned as literature and theatre teacher at its sister school - a private school for girls. There he is charged with the task of directing Shakespeare's The Tempest with his motley crew of adolescent female scholars, a play that effectuates an inner storm for all involved with the production. Wild Waves Whist is a story of self-discovery, loss, love, and forgiveness.