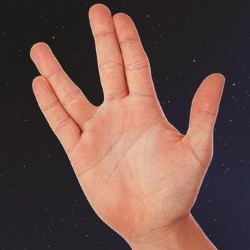 An uplifting new comedy about love, Star Trek, and learning to accept who you are - no matter how much of a loser it makes you. Written and directed by Jon Brittain (Margaret Thatcher Queen of Soho). Starring Sam Donnelly (The Bunker Trilogy, Quasimodo in Belt-Up's Hunchback). 'Brittain's razor-sharp script keeps the audience in gales of laughter' (Stage on The Sexual Awakening of Peter Mayo). 'As hilarious as it is well observed. Truly excellent' (OneStopArts.com on My Imaginary Friend Patrick Stewart).