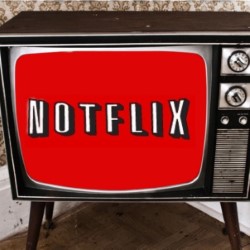 Think of a terrible plot, think of awful characterisation, think of twists so frustratingly illogical that you yearn for the narrative simplicity of Memento. Waiting For The Call: The Improvised Musical, present Notflix, the most horrible and least recommended original movies generated from the ghastly depths of audience suggestion. How could it possibly get any worse? Did we mention the cast are making it up as they go along? Did we mention it's a musical? Oh. Featuring a live band and original improvised songs. Notflix. The worst movies ever made, worsened with music.