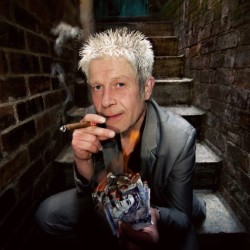 Vladimir McTavish returns with his first solo Fringe show since 2011's sell-out A Scotsman's Guide to Betting. After the most significant year in the nation's recent history, 'Scotland's top satirical stand-up' (Morning Star) takes a wry and biting look back at our past, and looks at the key moments that forged modern Scotland. From Bannockburn to the Act of Union, the Clearances, the Enlightenment, the Industrial Revolution, the Winter of Discontent, Thatcher, Argentina 1978, and the Referendum. 'Topical barbs and neat twists on Scotland's culture' (Scotsman). 'Inspired comedy brilliance' (AustralianStage.com.au).